! IMPORTANT: The following user manual presents and explains the usage and detailed features of:

Once rezzed the MD Security System, the owner will be asked to touch on it in order to start the registering procedure; a simple touch will do the work and take the owner to the next setup step.

However, as it happens for many private estates, the land may be owned by a group; in this case, to have complete protection, it’s necessary to deed the MD Security System to the same group that own the land.

In order to do so, simply:

At this point the security system is deeded and the owner will receive a message confirming the operation: the initial setup is now complete.

IMPORTANT: deeding the MD Security System to the land group will force the ‘Group Mode’ feature – once enabled – to work only with the land group the orb is deeded to.

Once the MD Security System’s setup is complete, a click of the owner on it will open a menu called ‘owner menu’; this dialog is accessible only by the owner, administrators and managers. Through this menu is possible to configure and manage every aspect of the security system: 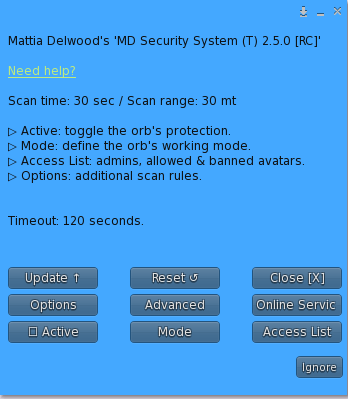 To start using MD Security System simply rez it on the ground and proceed with the deed, if required. Once done a click will bring up the owner menu; before clicking on the ‘Active’ button it’s necessary to pick a working ‘mode’ from the ‘Mode’ sub-menu. Once done, clicking on ‘Active’ will turn the security system on; the MD Security System’s notification bar will switch from red to green and the orb will scanning the area around.

For more details on the orb’s working mode, please refer to the next chapter of this manual. 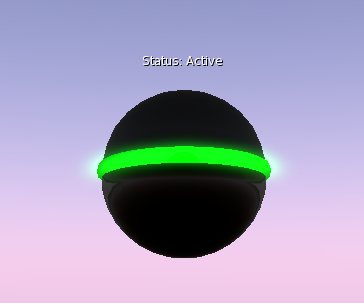 IMPORTANT: By default, the orb will scan a 30 meters spherical area every 30 seconds.

Modes define how the security system should behave when one or more avatars are found in the area.

The mode submenu can be reached from the owner menu and is used to set the “default” mode . The owner is asked to choose among several different options: 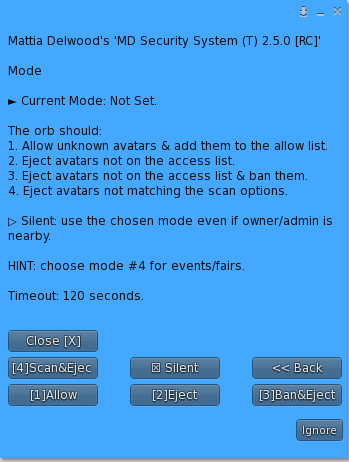 There is one last option in this submenu, called ‘silent’: 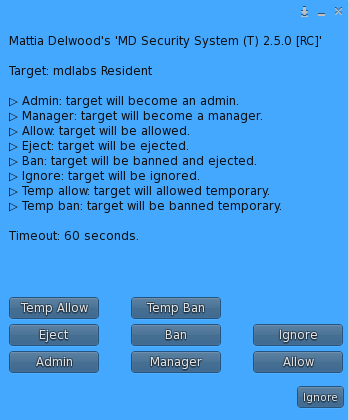 The access list submenu is the core of MD Security System and allows the owner to define lists of avatars with specific roles and permissions upon the area under control.

The control list is made on a 3-level structure, where each level is a different role: 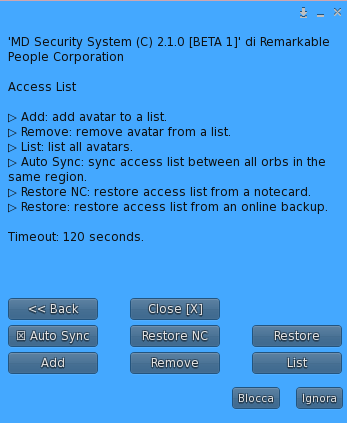 For each role (admin, manager, allow, ban) a list is kept by the MD Security System: users of each list can be added, removed or listed anytime. 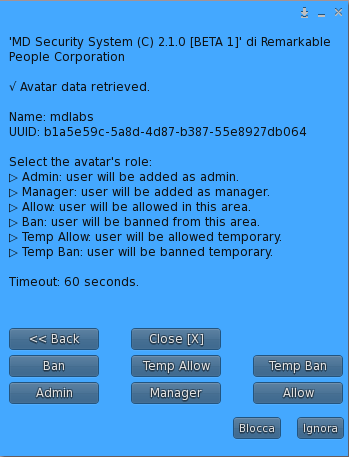 The options submenu contains several specific options and features related to how the MD Security System analyzes and protects the area.

IMPORTANT: Most of the options presented are made to work at their best with the ‘Scan&Eject’ mode. 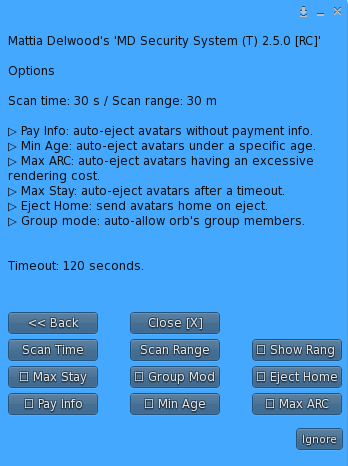 MD Security System, through the ‘Max ARC’ feature, can automatically eject avatars having an higher rendering cost. When the owner setup the feature, will be asked to provide a value for ARC that will act as the limit. Any value between 0 and 500’000 are accepted, but for convenience, 5 different levels are provided as preset corresponding to 5 different ARC limits. In addition i also possible for the owner to provide a custom value for the ARC. Below is shown the ‘Max ARC’ setup dialog: 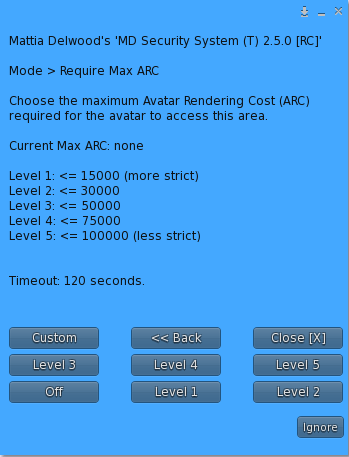 More details about the ARC can be found here.

This last submenu groups together some additional features and options related to increase the overall experience with the MD Security System. 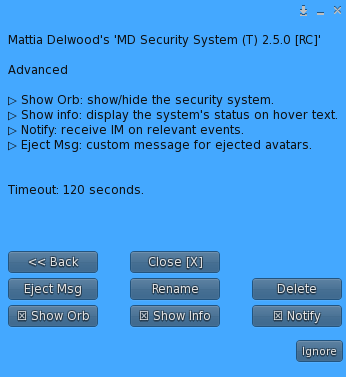 MD Labs Online Services is a responsive website, accessible from any platform from mobile devices to desktop computers, which allow to interact with the products released by MD Labs. 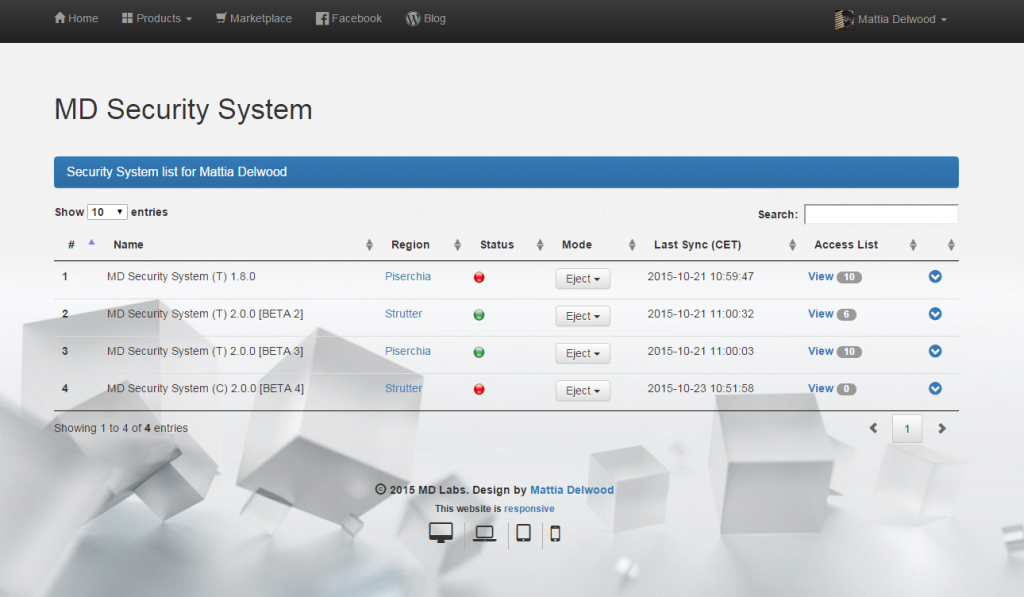 Here’s a quick overview of what the the MD Security System owner will be able to do from the website: